BUSHkids’ Expresses our Condolences to the Queen

BUSHkids Expresses our Condolences to the Queen.

Our Chairman, Dr Neil Bartels OAM, made a special visit to Government House this week to sign the condolence book for HRH Prince Philip, Duke of Edinburgh on behalf of BUSHkids.

BUSHkids has a long association with the royal family stretching back to 1959 when Queen Victoria’s granddaughter, Princess Alice, Countess of Athlone, officially opened our newly built home in Yeppoon.

Since then there have been numerous royal visits to BUSHkids and in 1973 the queen officially consented for the prefix ‘Royal’ to be added to the organisations name; allowing us to proudly call ourselves called the Royal Queensland Bush Children’s Health Scheme. Most recently two members of our Warwick team were introduced to Prince William, Duke of Cambridge and his wife Kate during their visit to Australia in 2014.

All of us at BUSHkids extend our deepest sympathy to the queen and the members of the royal family for their loss. 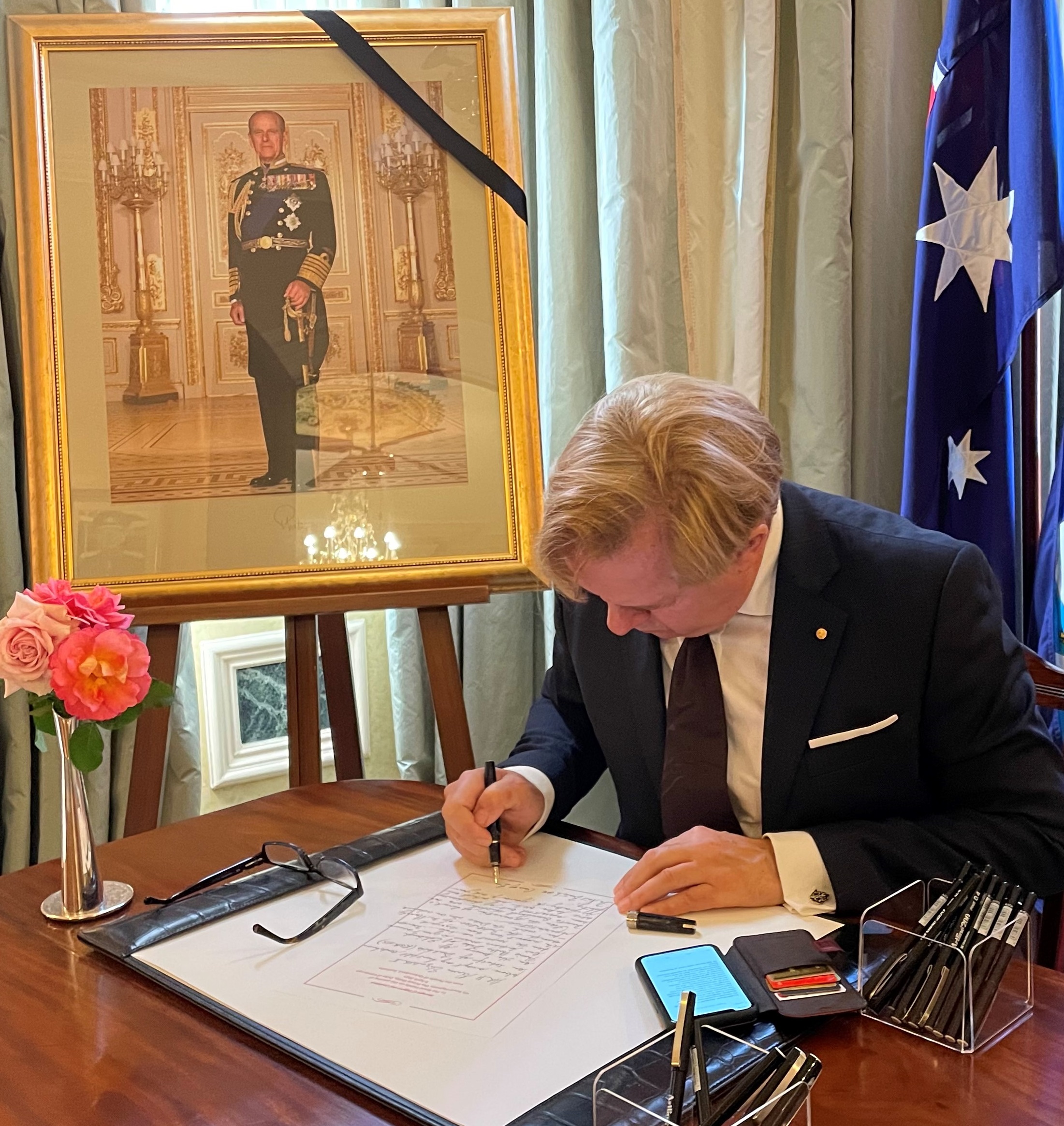