The organisation was established in 1935 by the then Governor Sir Leslie Orme Wilson who was shocked by the conditions in the west of the State which was suffering from the combined effects of the Great Depression and prolonged drought.

He was particularly concerned about the welfare of the children he encountered during his frequent visits to rural areas, many of whom were in poor health and often lived hundreds of miles from the nearest medical facilities. Sir Leslie brought together a group of like-minded health experts and voluntary groups to form a new charitable organisation dedicated to improving the health and wellbeing of children living in the bush.

Over 80 years of caring for kids 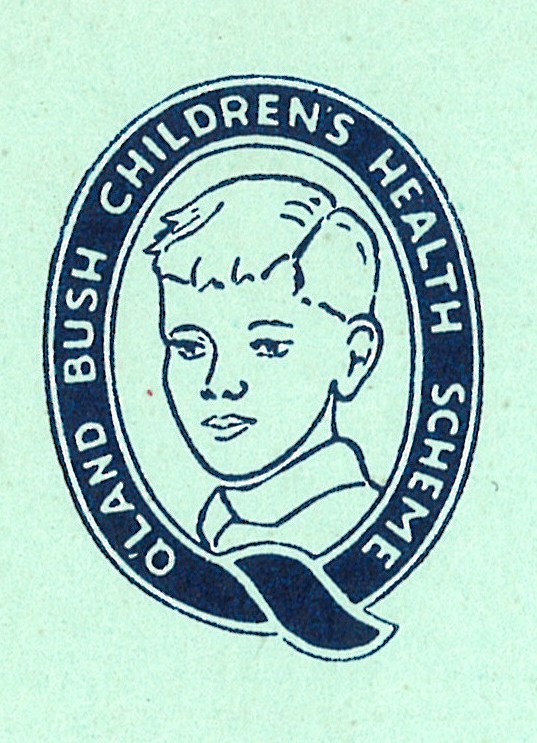 The initial scheme provided for rural children aged between 5 and 13 to be brought for a six week stay in coastal summer camps where they had respite from the rigours of outback life, were given nutritious food and could receive medical and dental services not available in the bush.

The camps proved so popular that funds were raised to establish four permanent coastal homes—in Redcliffe, Torquay, Emu Park and Rowes Bay—where the organisation could provide help to more children all year round.

Working in collaboration with other organisations such as the Red Cross ― whose volunteers acted as escorts on the long and arduous rail journeys from the bush ― and the Royal Flying Doctor Service, BUSHkids brought children thousands of miles for treatment on the coast, while severe cases were flown interstate for specialist surgical procedures not available in Queensland.

As it developed, the organisation progressively added to the services it offered; pioneering the introduction of in-house Speech Pathology in the 1960s and introducing cutting edge paediatric therapies to aid the children’s development and physical wellbeing. The Bush Children’s Health Scheme’s special role in promoting children’s health was recognised in 1973 when it became the first Queensland based organisation to be granted Royal Assent.

During the 1980s the organisation began to change how it provided its services, with greater emphasis placed on providing support within the rural communities it served. The Scheme’s first regional home opened in Mount Isa in 1985 and this was soon followed by the creation of family support programs based in regional towns providing outreach to surrounding rural areas.

The new regional service model proved so successful that during the 1990s the coastal homes were successively closed in favour of service centres located in rural communities staffed by multidisciplinary teams of therapists. The purpose-built Mount Isa centre—where the organisation is still based in the city—was the first to open in August 1995 and this was soon followed by centres in Emerald and Dalby. The last of the large coastal homes—at Clontarf where the Redcliffe home had moved in 1999—closed in 2005 with two new regional centres—in Warwick and Bundaberg—opening in its wake. It is this model of supporting children and families within the communities they live that the organisation continues to pursue to this day.

Although very different from the organisation created in 1935, BUSHkids remains true to founder Sir Leslie Orme Wilson’s philanthropic vision. It is still primarily funded by the generosity of Queenslanders and remains dedicated to supporting the health and wellbeing of children and families living in Queensland’s regional, rural and remote communities. 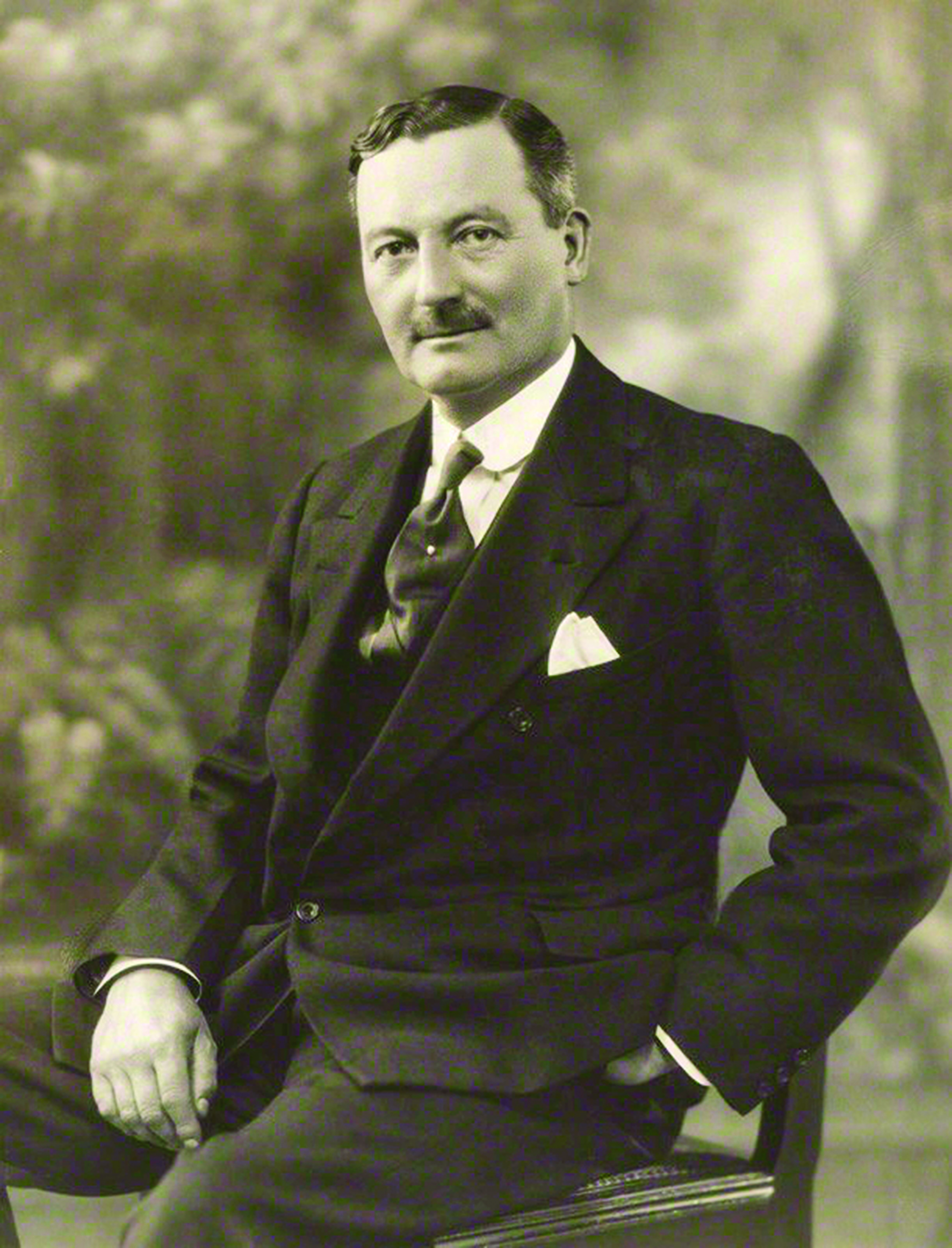 As Governor of Queensland for 14 years between 1932 and 1946 Sir Leslie Orme Wilson was the driving force behind the establishment of the Royal Queensland Bush Children’s Health Scheme, and became its first president and patron.

Before he came to Queensland he was a decorated war hero and noted politician. After attending school in London, Sir Leslie became an officer in the Royal Marine Light Infantry and fought in the Anglo-Boer war, during which he was seriously wounded.

After his recovery, in 1903, he was promoted to the rank of Captain and made Aide-de-Camp (ADC)—essentially a personal assistant—to the recently appointed Governor of New South Wales, Sir Henry Rawson. While serving in Australia Sir Leslie met and fallen in love with Winifred Smith, the eldest daughter of a Sydney merchant and shortly after his return to London, in June 1909, the couple were married.

Back in England Sir Leslie began a career in politics and in 1913 he won the seat of Reading for the Conservative party; however, his time in Parliament proved to be short-lived as following the outbreak of the First World War he re-joined the Royal Marines as a Lieutenant-Colonel and was given command of the Royal Naval Division’s ‘Hawke’ Battalion. Sir Leslie fought with distinction on Gallipoli and in France during the Battle of the Somme, where he was again badly wounded.

His injuries were so severe that he invalided out of the military, and after a long and painful recovery, he resumed his Parliamentary career. He served in the wartime coalition Government and went on to become Conservative Chief Whip, a prominent post in the party. He was knighted in July 1923 and resigned from Parliament to take up the prestigious position of Governor of Bombay. He proved a particularly popular Governor in India, and both Sir Leslie and Lady Wilson worked tirelessly in support of voluntary institutions. With echoes of what was later achieved in Queensland, the couple were particularly active in championing improved education and health facilities for Bombay’s impoverished children. Returning to London in 1928 Sir Leslie remained in the background of public life until 1932 when, because of his close ties to Australia, he was made Governor of Queensland.

As Governor, Sir Leslie dedicated a great deal of his time to supporting Queensland’s charitable organisations. As well as establishing the Bush Children’s Health Scheme to improve the health and wellbeing of disadvantaged outback children, he devoted his time tirelessly to organisations as diverse as the Kennel Association of Queensland and the Boy Scouts. A true philanthropist, Sir Leslie was particularly passionate about helping others less fortunate, and although politically Conservative he wholeheartedly supported the Queensland Labor governments’ public works program designed to create much needed jobs during the Great Depression. In July 1940 Sir Leslie opened the most ambitious of these projects, the iconic Story Bridge across the Brisbane River at Kangaroo Point.

In all Sir Leslie served 14 years as Governor of Queensland, one of the longest continuous Governorships in Australian and indeed British history, only leaving office in April 1946 when he retired back to England. Just before his departure, Lord Louis Mountbatten, the great grandson of Queen Victoria, wrote a letter thanking Sir Leslie for his generous hospitality during a recent stay in Brisbane. In it, Lord Louis notes how the people have ‘come to look at you as a true Queenslander’, which was the ultimate accolade for a British Governor. Sir Leslie made the long and arduous journey back to Queensland several times before his death in 1955.

BUSHkids is justifiably proud of its founder, first president and patron. Although very different from the organisation Sir Leslie Orme Wilson created in 1935, BUSHkids remains true to Sir Leslie’s philanthropic vision of a charitable organisation supporting the health and wellbeing of children and families living in Queensland’s regional, rural and remote communities. 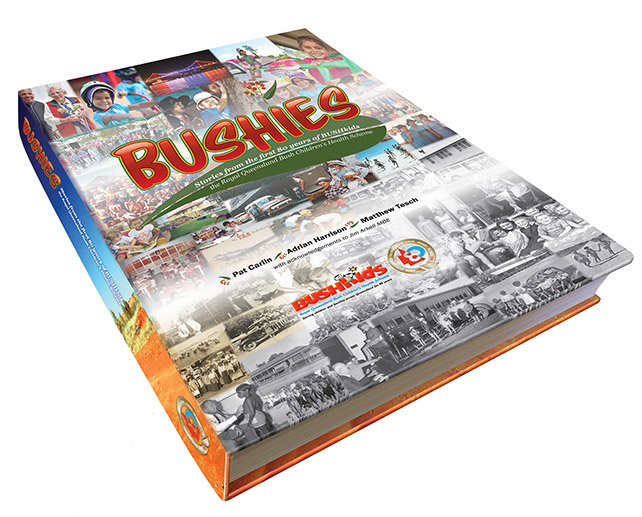 An easy-to-read narration of the key people and events of the organisation’s first eight decades of service, the result of almost three years’ research in the BUSHkids archives.  Including a rich visual history with more than 850 unique or rare photo’s, maps, diagrams, tables and graphics.

Online – click BUSHIES Order Form to open an interactive PDF order form and download it to complete onscreen and email direct to BUSHkids with details of your EFT or credit card payment. (Please ‘Save As’ a copy of the completed form for your records.)

By post – click BUSHIES Order Form to open and download the order form PDF, to print out and complete by hand if you prefer to pay by cheque or money order then post to BUSHkids, PO Box 1017, Milton Q 4064.

In person – limited stocks will be held at BUSHkids’ Brisbane office, 16 Morley Street, Toowong, but we ask that you please phone ahead to arrange and confirm your order before visiting.

All enquiries – Click here to send an email to BUSHkids or call the Brisbane office on (07) 3870 7288 for all order, stock and media enquiries.

BUSHIES celebrated the 80th Anniversary in 2016 of the Royal Queensland Bush Children’s Health Scheme (BUSHkids) and details the realisation and evolution of the founders’ vision to provide free health care to needy children and their families in Outback Queensland.  Through this journey, the reader learns of the commitment and philanthropy of some of the individuals and organisations throughout the State who helped shape the Scheme and contributed to the early success of BUSHkids; and shares in a rich visual record of the journeys the children took – literally and figuratively – as they travelled from their remote Bush homes to the coast on a path to better health.  The recollections of some of those children, told through interviews, highlights the invaluable work of BUSHkids which continues today.

The story of BUSHIES also tracks the economic development of Queensland post the Depression and the impact of war and political change on the provision of health services to the Bush.

This collection of stories from people who have played different parts in the first 80 years of the BUSHIES history is dedicated to the more than 42,000 Queensland children and families we have served in our first eight decades.

In memory of the dozens of visionary Queenslanders who rallied to the call to establish a statewide health scheme for Outback children, the hundreds of people who helped realise its early efforts, and the many thousands of volunteers who have given their time, effort and love towards helping secure the brightest future possible for Queensland’s children, irrespective of the postcode in which they were born. 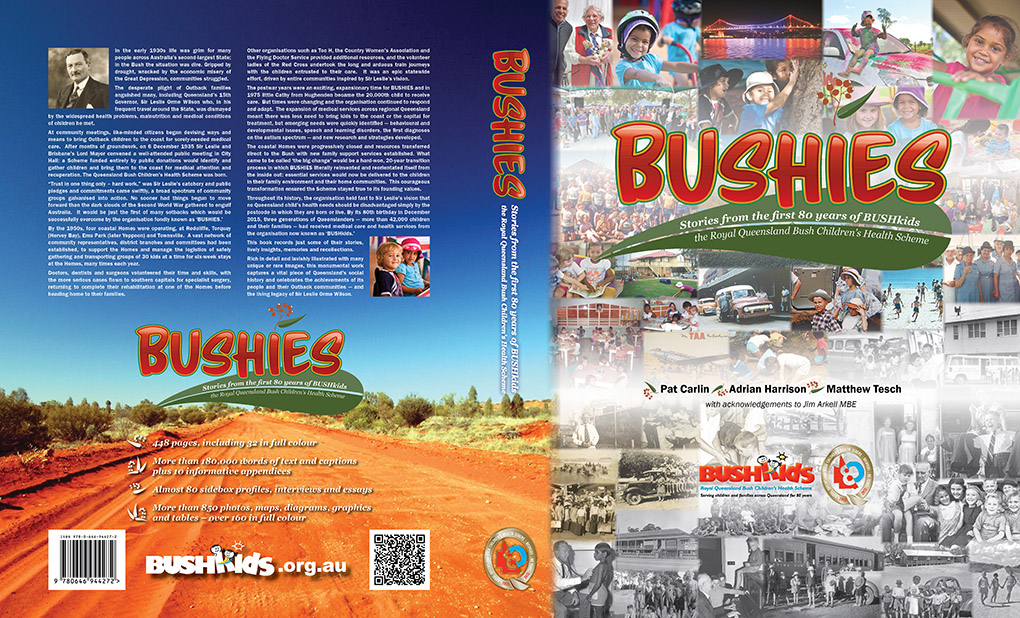